MELODIES ARE SO FAR
MY BEST FRIEND
—PRICE 
PRICE is the name behind a fictional character developed by artist Mathias Ringgenberg in a number of hybrid performative works across the last years. The live and video performances with elaborate soundscapes, costume and stage designs as well as a music album, which constitute his body of work, seem at first to obey contemporary imperatives of self-presentation. They could be understood as exercises in ostentatious self-exposure, which explore the affective resonances to an environment that demands constant divestments of the self. We would then be presented a solipsistic figure, who embodies, sings and speaks about the psychopathologies resulting out of these conditions, feelings of loneliness and a fundamental disconnectedness leading the way. The often tormented appearing countenance of PRICE would thus make his work appear as a critique of the advent of social media. Even though such a reading might be accurate to some degree, it ultimately fails to recognize certain key issues put forward by his work. 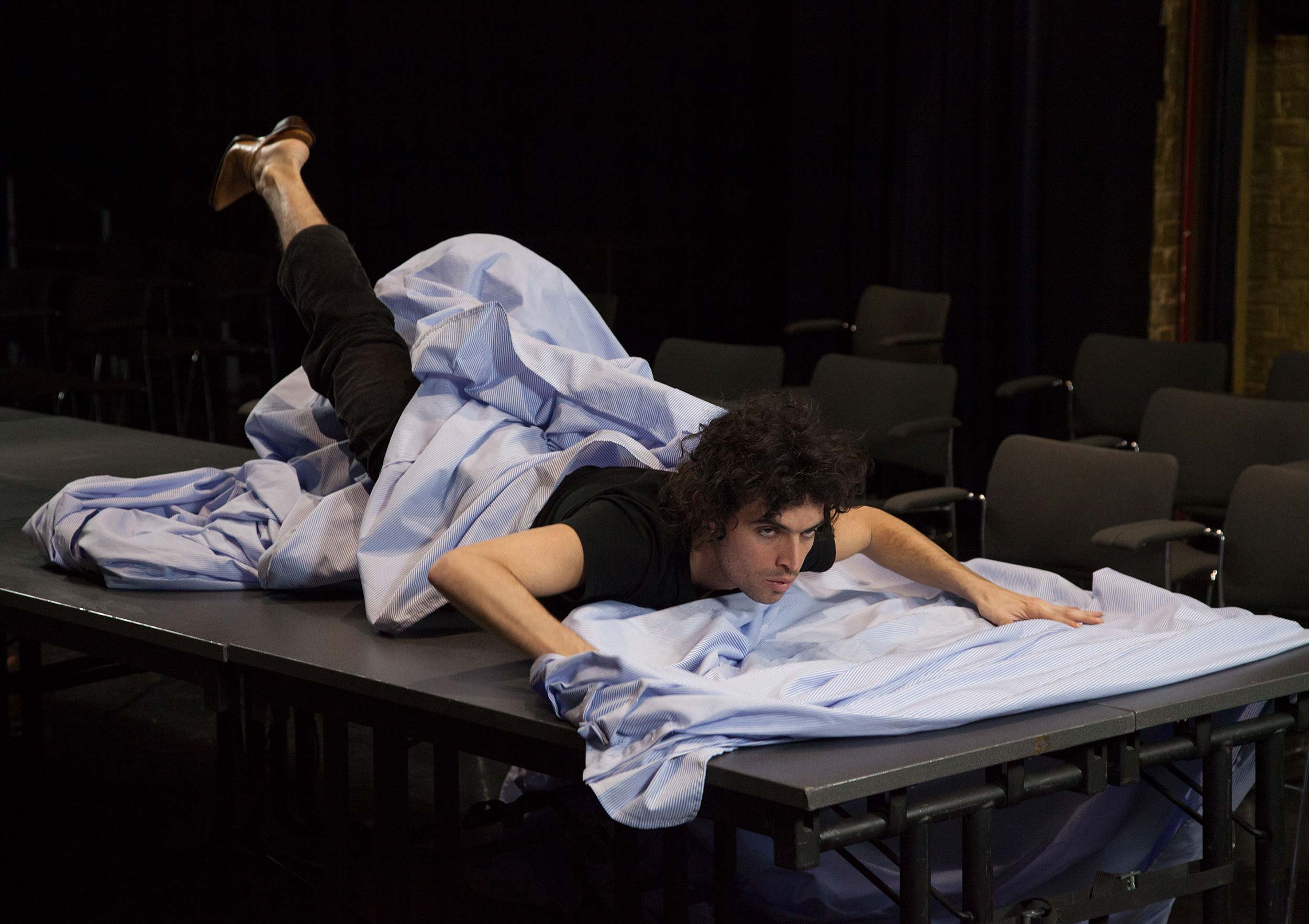 PRICE offers a profound interrogation of selfhood, highlighting its necessary fictionality and nonetheless persistent efficacy under present conditions. His voice, an integral element in all works, plays a crucial role in this endeavor. Philosopher Mladen Dolar has described the voice as both going beyond and remaining attached to signification. From this twofold attribution, he locates two distinct traditions of conceiving the voice in Western thought. The first and dominant one treats the voice as a transparent carrier of meaning, ignoring those aspects that exceed signification, and the other one, of which the most prominent example would be singing, neglects the signifying aspects of the voice and treats its physical qualities as an object of admiration. Synthesizing the two prior models, Dolar continues to develop a third way of conceiving the voice that makes it especially suitable for psychoanalytic inquiry.[1] Counter to Dolar, I want to argue that PRICE employs primarily the second of the two established conceptions, the one stressing its carrier qualities over meaning and evident in the musicality of his work, in order to critique the normative power of psychoanalysis. Psychoanalysis offers an important model and mode of confessionality that precedes and informs more recent forms of compulsory self-disclosure.[2] There is a well established line of queer and feminist critiques of psychoanalysis, which makes it worthwhile to consider these in conjunction with contemporary demands of self-exposure as suggested in PRICE’ work. 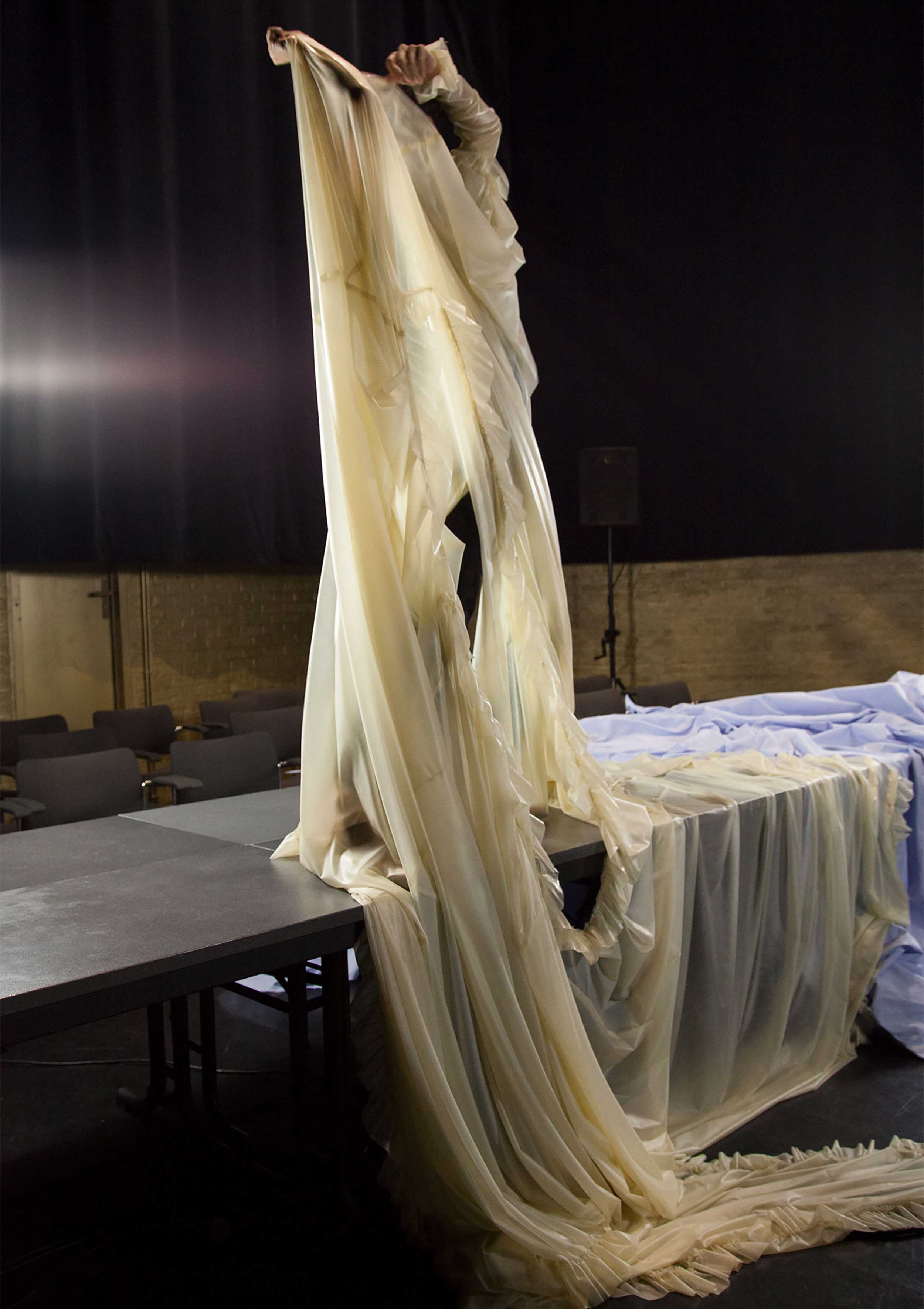 The broad range of affects covered in his performances along with recurring biographical anecdotes (childhood pillow scenes, episodes from adolescence etc.) and self-pathologizing lines (“I’ve got issues, you’ve got issues”) can be understood as misleading flirtations with the psychoanalytic promise of the voice as a possible access point to a hidden, interior truth. Misleading because they are in fact the result of various disidentificatory[3] appropriations from a vast archive of pop cultural references. Mistrust against psychoanalysis is also made apparent in a sequence of his debut performance, where PRICE delivers a scatological account of the ur-szene of artistic production. We are told that the first artistic object produced by human is “ka-ka” (note the onomatopoeic wording), mocking psychoanalysis’ obsession with infantile ”stages” and their meaning for psychic development. 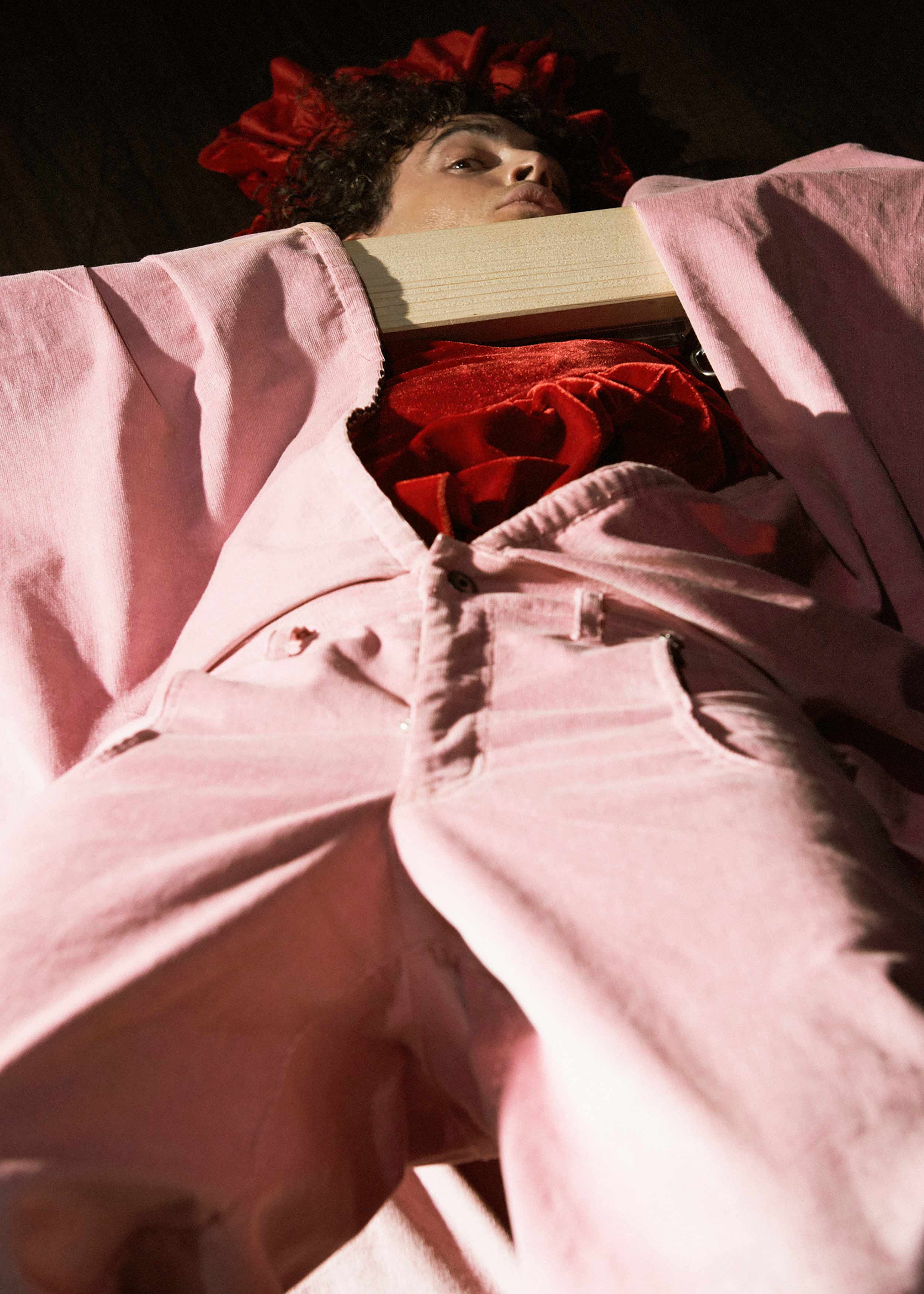 PRICE, Where Do You Wanna Go Today (Variations), 2018 © SENTA SIMOND

The activity of self-disclosure witnessed in PRICE’ performances and structurally rooted in psychoanalysis is revealed to be under the conditions of affective capitalism the product of an extraordinary amount of continuous labor by not only himself but a variety of collaborators such as fashion designers and music producers, whose influence into the creation of PRICE is always kept transparent. The monetary connotation behind his chosen artist name and its literal capitalization, understood homonymously, further point to the importance of the connection between commodification and subjectivity in his work. It is also no coincidence that we find PRICE almost always appearing with his signature shiny “glow”. Initially, it seems to stem from a lavishly applied layer of sun cream onto his face, as indicated in one of his early video performances. This not only refers to a meticulous skin care routine, evoking contemporary obsessions with youth and beauty and conversely a paranoid fear of aging, but can also be deliberately misread as a thick cover of sweat resulting from the labor required for the maintenance of the fiction of selfhood and its ongoing exposure. In the reflective and sleek texture this produces onto the skin, we encounter an erotics of the surface that is paralleled sonically by the employment of aestheticization strategies for the voice, through singing, in order to reject any claims of interiority associated with it. 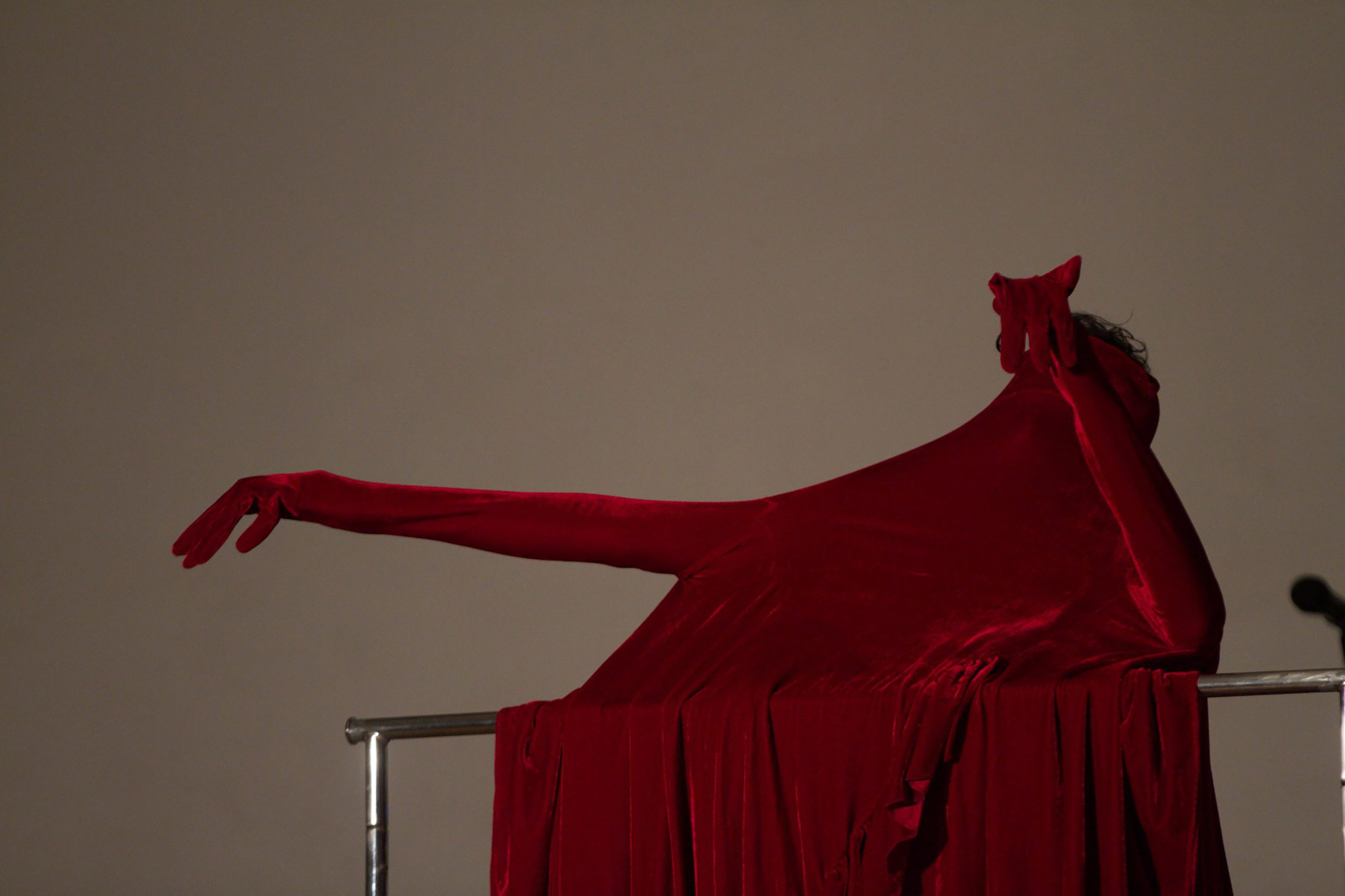 In his more recent work, this erotics of the surface, crucial for the understanding of PRICE’ early performances, is questioned pervasively in relationship to the subject moving in and inhabiting physical, social and discursive space. A wooden stretcher frame figures as an important element of the scenery in one of his latest performances, putting contemporary forms of coercive image building in proximity to art history and painting. It is important to note that the wooden frame comes in the shape of a grid, the grid being not only an “emblem of modernity” to recall a famous phrase by Rosalind Krauss but also an emblem of an utterly flattened out spatiality. In his performance, this structure, precisely, functions as the locus where PRICE tries to become literally flat, an image, and inevitably fails to do so. In the beginning of his newest performance, we see PRICE interacting in varying manners with a table and pushing it to an already arranged line of tables that exceeds the proper stage area and projects into the audience stand, slightly resembling a fashion catwalk. The odd ways PRICE chooses to interact with the table brings Sara Ahmed’s Queer Phenomenology to mind: In her introductory chapter, Ahmed departs from the writing table to highlight how perception is connected to the way bodies are turned toward objects around them. Lines of direction shape the way we perceive the world, and her interest is dedicated to the question what happens if we are “out of line” in order to develop an understanding of “queer orientation”.[4] A lot of PRICE’ more recent work is situated in the productive tension between flatness and this notion of queer orientation. The curtain fabrics appearing prominently in the newer work seem to echo this interest. They function as a comment on traditional theater’s architectural configuration and the line of direction it generates, but also as something to wear, restructure space, as backdrop or cover. The wide range of uses we encounter is enabled by its material polymorphism, which makes it possible to be both flattened out and draped, folded and unfolded. 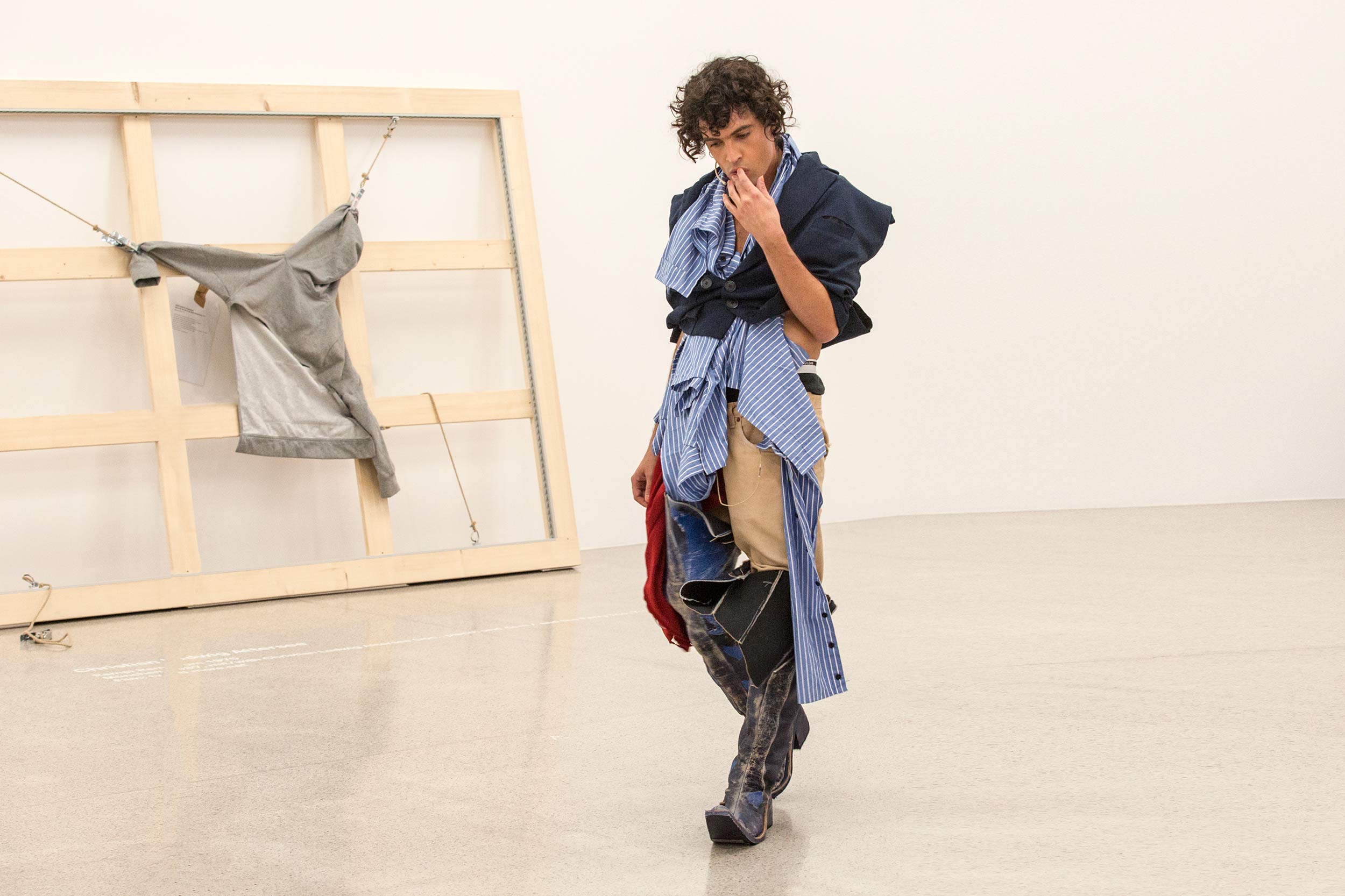 Art historian David Joselit writes: “flatness may serve as powerful metaphor for the PRICE we pay in transforming ourselves into images – a compulsory self- spectacularization which is the necessary condition of entering the public sphere in the world of late capitalism.”[5] PRICE manages to link these self-spectacular logics governing our contemporary world to earlier modes of confessionality grounded in psychoanalysis. His work offers a moving aesthetic exploration of both their inevitably fictional character and actual potency in terms of racial, sexual and gendered normativization as well as the economic forces perpetuating them.
PRICE is a multidisciplinary performance artist working with live performance, music, video and installation. His work explores the emotional conditions of contemporary life, undertaking questions of identity and their effect in a disorientating age defined by globalization, neoliberalism and the increasingly central role of the Internet in shaping communication, emotions and world issues. Whilst adopting the language of contemporary mass culture from pop music, reality TV and social media platforms, PRICE seeks to explore the social impact and emotional fallout of the pervasive mediation of selfhood that defines the present generation. The concerns animating PRICE’s practice emanate from a form of speech directed at the Y Generation, a demographic that are internet-savvy and have a pluralistic cultural outlook, but which one can considers to be ‘homeless’, lacking a strong sense of historical consciousness and subjective agency. In his multidisciplinary performance practice PRICE develops a single body of work across a number of different media, genres and institutional settings.

[1] Mladen Dolar, A Voice and Nothing More (The MIT Press: Cambridge, MA/London, 2006), p. 4.
[2] Following Foucault, one could, in turn, trace back psychoanalysis’ specific mode of speaking to an earlier power technique that he named pastoral power and which originated in Christian institutions before gradually getting secularized and eventually becoming one of the key techniques to structure the modern sexuality dispositif among others.
[3] José E. Muñoz, Disidentifications: Queers of Color and the Performance of Politics (University of Minnesota Press: Minneapolis, MN/London, 1999).
[4] Sara Ahmed, Queer Phenomenology: Orientations, Objects, Others (Duke University Press: Durham, NC/London, 2006).
[5] David Joselit, Notes on Surface: Toward a Genealogy of Flatness in: Zoya Kocur/Simon Leung (eds.), Theory in Contemporary Art Since 1985 (Blackwell Publishing: Malden, MA/Oxford/Carlton, VIC, 2005), p. 293. Emphasis added.