It is becoming more and more difficult for us to follow the passage of time, since the rigging of the presidential election by Alexander Lukashenka. Counting days turned into counting months. Observing the situation from a distance, we admire the solidarity, perseverance and courage of citizens fighting against the regime. 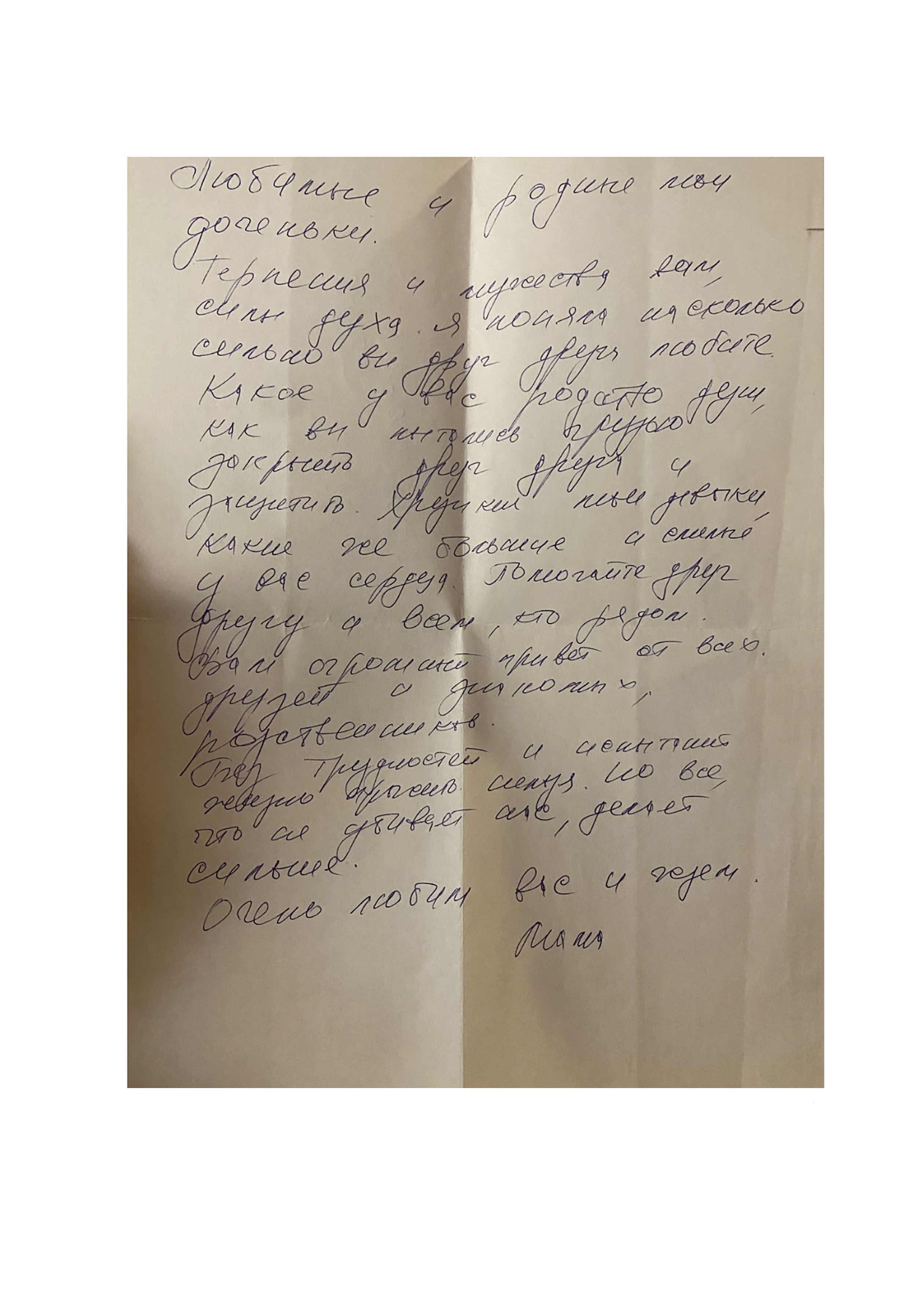 Inga Lindorenko, a curator and cultural worker who was detained and prisoned, shared a recommendation on how to prepare a parcel for other Belarusians, and also shares the letter from her mother that she and her sister received when being imprisoned © Inga Lindorenko

I am from Belarus myself. I lived in Minsk for a long time, and all the current developments in this country are especially close to me.

The revolution is the power of the crowd — hundreds of thousands of protesters. Recently, we have witnessed mass protests also in Poland related to the fight for women's rights and general opposition to the actions of the authorities. Our actions have something in common - The Revolution is a Woman. Both in Belarus and Poland.

All the letters are very touching, but there is something in common in all of the statements. They talk about fear, violence and a sense of solidarity. I thank them for having the strength to act. For the fact that they have the courage and the power to talk about what is happening now and that they were able to collect and convey all their emotions in the form of a letter.

It is especially important to me that the words of my friends from Belarus can be re-enacted by my friends from Poland, who are also active in the field of culture and art here. They share common interests, but are separated by distance. Although these women have never met, these texts have created an unexpected bond between them, on an essentially personal level.

I know how difficult it can be these days. And I am grateful for this experience.

At the end, I allow myself to feature the shortest and an incredibly meaningful letter:
“I don't think the pain tied with what happens far away is any less, so we all walk through this corridor of transformation as much as we can. I really want to believe that it will all fall apart soon — not in a year, not in two years, when the nation's wounds are incurable.”
Masha Maroz

· Voices will soon follow up as a second part, also in form of the letters, but this time written by my Polish acquaintances and allies. I am still collecting the letters as I think we all need time to process a little bit what is happening now and how we feel about it.

ALA SAVASHEVICH (1989) studied at the Belarusian State Academy of Fine Arts in Minsk, Faculty of Sculpture, graduated from the Faculty of Sculpture at the Academy of Fine Arts in Wrocław. In her artistic practice, she often refers to the past and its effects through the subjective and collective narratives. She works and lives in Wrocław, Poland.
alasavashevich.wordpress.com